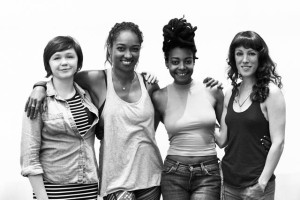 Naomi Wallace’s play And I and Silence is an American tragedy. Set in 1950 the play tells the story of Dee and Jamie – one white, one black – who meet in prison. They become friends although Dee is color-blind Jamie is anything but. They make a pact to meet when they leave prison and reunite nine years later in a world still racially divided. Poverty, unemployment and lack of education destroy the hopes and dreams that bound the two together in prison.

Directed by Caitlin McLeod the young and older Dee and Jamie (played by two sets of actors) move seamlessly between the two time frames. The exuberance and hopes these characters have in their youth is ebullient and the despair that encumbers them nine years later is crushing. Rachel Hauck’s clever set design makes use of the entire theater and the spare stage reinforces the sensation of being imprisoned both inside and outside the jail.

And I and Silence is beautifully written and perfectly executed by four fantastic actors. Bravo to the Dees: Emily Skeggs and Samantha Soule and the Jamies: Trae Harris and Rachel Nicks. This is a play definitely worth seeing, but be forewarned you will need to decompress afterwards. LAR

Runs 90 minutes, with no intermission 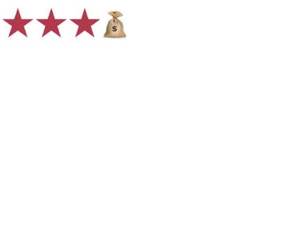 One thought on “And I and Silence – Left me Speechless”