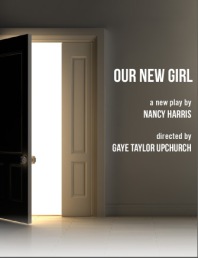 A little boy comes on stage, takes a knife and starts to cut off his ear. The theater goes black, the audience audibly lets out a collective gasp and for nearly two hours you sit riveted as the actors take you on a psychological roller coaster ride.

At first it seems that Hazel and Richard are living the life of people’s dreams. Hazel was once a successful attorney who left her career to raise their son and is now pregnant with their second child. But success as a mother has eluded her, and she finds herself on the edge, raising a child she thinks might be the devil incarnate. Richard is a successful plastic surgeon who travels the world helping the underprivileged. Hazel isn’t coping and asks Richard for help. Enter Annie, the perfect nanny.

Our loyalties to the characters are in constant flux which is due to Nancy Harris’ terrific script and the direction of Gaye Taylor Upchurch. Nothing is quite what it seems on the surface. Right from the get-go suspense builds. It’s one thing to watch characters morph in front of your eyes on the big screen, but quite another to watch it happen live and on-stage. Mary McCann, CJ Wilson and Lisa Joyce give performances nothing short of tremendous. Henry Kelemen as the son is the weakest actor in the play, but interestingly enough he really does seem psychotic (I sat front row and this kid gave me the willies). The plot twists, Mr. Wilson’s booming voice, and the tension Ms. Upchurch creates make this a play at which you will not doze off – although shockingly the guy sitting next to me did. LAR 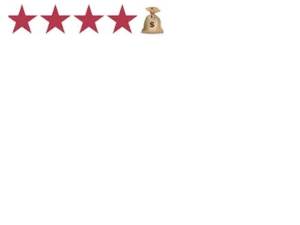 One thought on “Our New Girl – I will give a referral”