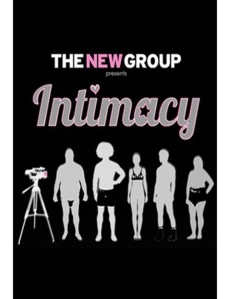 Thomas Bradshaw is a playwright who likes to push limits. Probably to prepare their audience The New Group has been sending a spate of emails which include interviews like the one that follows:

Thomas Bradshaw: I guess that people find my work shocking because I present subjects and actions on stage that you don’t find in most traditional theater. Theater tends to be safe and easily digestible.  I’m interested in exploring the full breadth of human experience, and often that means dealing with difficult and perplexing subjects.  But I do find it odd when people object to “sex” on stage. Everyone has sex, and we all exist because of it. It seems like an obvious and natural subject to explore. I’m an adherent of Terence’s philosophy when it comes to my writing: “Nothing human is alien to me”.

I am sure that Bradshaw had a point to this play but, I seem to have missed it. Ben Brantley of the New York Times has written that Bradshaw “aspires to amuse, shock, disgust, enlighten, bore and titillate you all at the same time.” However,I was not amused or titillated, but I was shocked, disgusted and bored. I left the theater feeling violated.The topics are not what offended me as much as the way they were presented. Sometimes things should be left behind closed doors.

This was just bad theater — to shock for shock’s sake does not make for a good audience experience. I will continue to support new playwrights. But next year, The New Group can be certain that I will not be renewing my subscription.