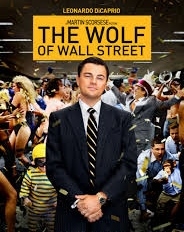 What can I say? I saw this movie a few days ago and I’m still trying to process the excesses – the sex, the drugs, the length, the over-the-top acting. I couldn’t decide if this was a black comedy or was meant to be a drama. I thought it was funny, but no one else in the theater was laughing. Then I googled Jordan Belfort – the real Jordan Belfort — and realized that he was portrayed fairly accurately, at least as he sees himself.  They guy is a narcissist and shows no remorse for what he’s done and how he hurt people.  In addition, according to what I read, he has only repaid about 10% of the $110 million retribution due to the victims of his stock scams and he stopped making payment years ago. To make this even more reprehensible, his attorney is now trying to re-negotiate the deal so Belfort will ultimately end up paying less. Can you sense my disgust?

The Wolf of Wall Street is a good movie, but not a great movie. Scenes were drawn out and just how many prostitutes, group sex and how much cocaine do you need to see snorted to get the idea? I’m not even sure why there was interest in making this movie. It exploits women, celebrates drug use and promotes one of the biggest con men that ever worked in the financial industry. Oh yeah. Hollywood loves this kind of movie. It just left me feeling “dirty” and angry. That said, I do love when movies make me “think” and “feel” and The Wolf of Wall Street got me going…

The acting might strike one as being contrived, yet watch Naomi (Nadine), Jordan and Max on YouTube and the performances are not too far from reality. Jonah Hill looks to be having the time of his life and Matthew McConaughey, in a small role, is powerful. He, once again, proves that he is one of today’s most interesting actors to watch. My problem with Leonard DiCaprio is that he can’t decide if Belfort is a buffoon or someone he respects. Both DiCaprio and Scorsese have said that the book and movie should be taken as a “cautionary tale”, yet the movie comes across as nothing more than a promo piece for Jordan Belfort’s new job as motivational speaker.

The bad boy has supposedly repented.  I’m not buying it. If you want to spend 3 hours watching the portrayal of depraved people who worship a morally corrupt man then this is a movie for you! 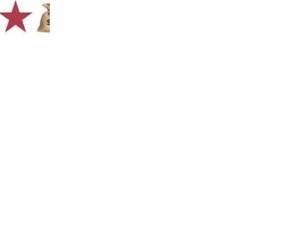